There has been an explosion in brain research in the last 50 years, as new technology has allowed us to probe deeper and to understand more about how the brain functions.

Researchers are currently exploring how the brain affects everything from political orientation to religious beliefs. Many interesting factoids are coming out, such as the existence of hardwired brain structures related to religious experience, implying that humanity is an innately spiritual creature. Other researchers are looking at what role the brain plays in our political affiliations and leanings. Still other scientists are exploring how love, romance and sex are affected by the brain.

But underlying this all is the question of Consciousness. Although we understand a lot more about how the brain works, science still does not know where self-consciousness is seated - whether it is an epiphenomenon of brain processes, or whether consciousness develops elsewhere and is merely mediated through the brain. Many scientists shy away from the tough question of consciousness, as it has many metaphysical and religious implications that science would rather sidestep.

Because of this, we have chosen to put the question of Consciousness into its own category, and allow Brain Research its own territory.

I will be posting more articles as I get them written. 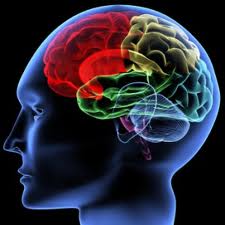