Inspirational and motivational quotes on the Law of Attraction, Self-Knowledge and more!

In the province of the mind,
what is believed to be true
either is true
or tends to become true
under certain limits
to be determined
experimentally and experientially.

Those limits are further beliefs to be transcended.

In the province of the mind,
there are no limits.

What we are today comes from our thoughts of yesterday,
and our present thoughts create our life of tomorrow.

Our life is the creation of our minds.

Everything is energy and that's all there is to it. Match the frequency of the reality you want and you cannot help but get that reality. It can be no other way. This is not philosophy. This is physics. - Albert Einstein

To be yourself in a world that is constantly trying to make you something else is the greatest accomplishment. - Ralph Waldo Emerson

Believe nothing, no matter where you read it or who has said it, unless it agrees with your own reason and your own common sense. - Buddha

To live a creative life, we must lose our fear of being wrong. - Joseph Chilton Pearce

Every way of knowing creates a way of being.
~ Parker Palmer

The only journey is the journey within.
- Rainer Maria Rilke

Yes, know thyself: in great concerns or small,Be this thy care, for this, my friend, is all.
- Juvenal

The unexamined life is not worth living.

Knowing yourself is the beginning of all wisdom.

To conquer oneself is the best and noblest victory;
to be vanquished by one's own nature is the worst and most ignoble defeat.

Imagination is more important than knowledge.
Knowledge is limited. Imagination encompasses the universe.

Change and growth take place when a person has risked himself
and dares to become involved with experimenting with his own life.

Your real influence is measured by your treatment of yourself.

If we all did the things we are capable of, we would astound ourselves.

Nothing in this world can take the place of persistence.
Talent will not; nothing is more common than unsuccessful people with talent.
Genius will not; unrewarded genius is almost a proverb.
Education will not; the world is full of educated derelicts.
Persistence and determination alone are omnipotent.

If one advances confidently in the direction of one's dreams,
and endeavors to live the life which one has imagined,
one will meet with a success unexpected in common hours.

Argue for your limitations, and sure enough they’re yours.

In the midst of winter, I finally discovered within me an invincible summer.

To be a great champion you must believe you are the best.

If you’re not, pretend you are.

Your time is limited, so don’t waste it living someone else’s life.
Don’t be trapped by dogma — which is living with the results
of other people’s thinking.
Don’t let the noise of others’ opinions drown out your own inner voice.
And most importantly, have the courage to follow your heart and intuition.
They somehow already know what you truly want to become.
Everything else is secondary.

If you believe in what you are doing, then let nothing hold you up in your work.
Much of the best work of the world has been done against seeming impossibilities.
The thing is to get the work done.

Men often become what they believe themselves to be. If I believe I cannot do something, it makes me incapable of doing it. But when I believe I can, then I acquire the ability to do it even if I didn't have it in the beginning.

It's not what happens to you, but how you react to it that matters.

A person can make a decision in three ways: positively, negatively, or a decision not to make a decision. In all cases, a person is responsible for, and reaps the benefits or problems associated with that decision.

If you choose not to decide, you still have made a choice.

Our ultimate freedom is the right and power to decide
how anybody or anything outside ourselves will affect us.

I found every single successful person I've ever spoken to had a turning point.

The turning point was when they made a clear, specific unequivocal decision
that they were not going to live like this anymore;
they were going to achieve success.

People of mediocre ability sometimes achieve outstanding success
because they don't know when to quit.
Most men succeed because they are determined to.

Perseverance is a great element of success.
If you only knock long enough at the gate,
you are sure to wake up somebody.

Nobody who ever gave his best regretted it.

Most of the important things in the world
have been accomplished by people who have kept on trying
when there seemed to be no hope at all.

If you're going to be thinking,
you may as well think big.

Desire is the starting point of all achievement...
not a hope, not a wish, but a keen pulsating desire
which transcends everything.

Twenty years from now
you will be more disappointed
by the things that you didn't do
than by the ones you did do.
So throw off the bowlines.
Sail away from the safe harbor.
Catch the trade winds in your sails.
Explore. Dream. Discover.

I think of life itself now as a wonderful play that I've written for myself, and so my purpose is to have the utmost fun playing my part.

Love yourself first and everything falls into line.

The hardest battle you're ever going to fight is the battle to be just you.

Here is the test to find whether your mission on earth is finished.

All great changes are preceded by chaos.

We are not human beings having a spiritual experience.

We are spiritual beings having a human experience.

It's a strange thing, you have said it thousands of times I am sure... you will never know what you can do until you try. However the sad truth is, that most people never try anything until they know they can do it. 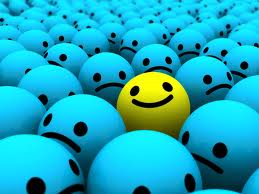